Some films only require high-quality video game adaptation, and John Wick is one of them. The films are about the madness of weapons and the main periods that would be perfect on a game console. That’s why we were happy to give John Vick hex when he came on the show. The publisher describes the game as a fast and action oriented strategy game. Wait, what? These game mechanisms are often not very good, so small alarm bells will immediately sound indicating that this may not be exactly what we were looking for. But that’s not always bad, so we wanted to be John Wick and see what it was like to play with our eyes. 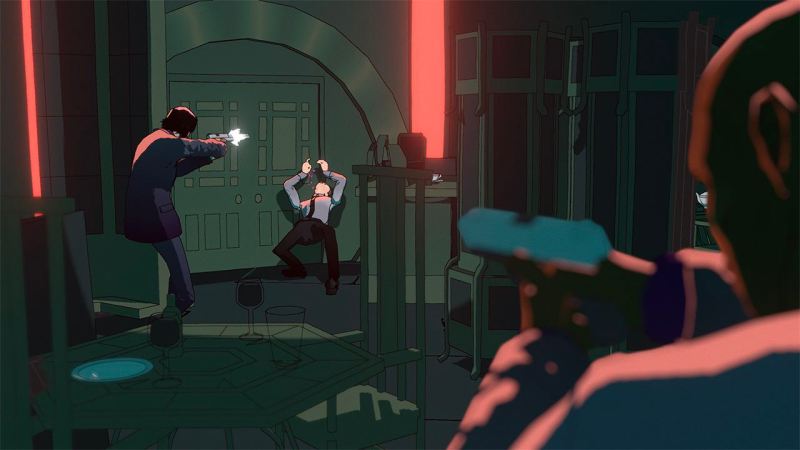 The graphics are probably the first thing that will attract your attention, because the game is very stylized and has an almost comic aesthetic. But from the start, we focused on gameplay, so that’s what we’re going to look at first. Each action takes a certain amount of time, which is displayed via the timeline at the top of the screen. When an enemy sees you, another bar is displayed to indicate the duration of each action when you start it. You can see what the enemy can do, so there’s a whole strategy here to determine what actions to take in order to eliminate the enemy in the best possible way with minimal damage to yourself.

During an enemy attack, you’ll see all the important information about what to do so you can then plan your defence or counter-attack. The game of chess is a bit intimidating at first, but after a while it becomes quite easy to understand. Because of this start/stop mechanism, the game loses a lot of what movies have to offer: pure, unadorned, heartbreaking action scenes. Of course there are some who are mixed when he shows movement, but most of the time we are looking for a strategy. We can’t help feeling that the target market has been seriously missed with this game. 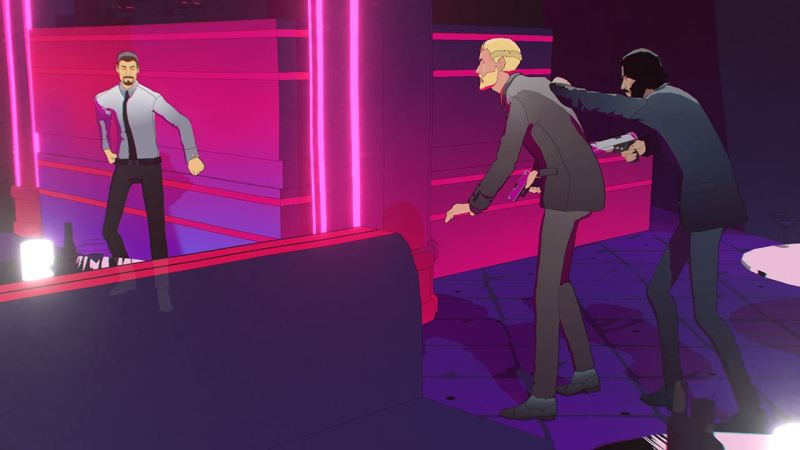 As part of the strategy of the game, you can consider many moves. Besides the obligatory walking and waiting, other activities are offered. As you get closer to the enemy, you’ll see a number of different options and success rates. Do you want to hit an opponent, shoot, push or maybe make a tackle? If you move on stage, you can also choose different positions: standing or squatting, which affects agility and other attack and defence options.

You can also plan your mission in advance by hiding weapons or bracelets at important locations where your next mission will take place. Placing the memories in strategic locations increases your chances of success. 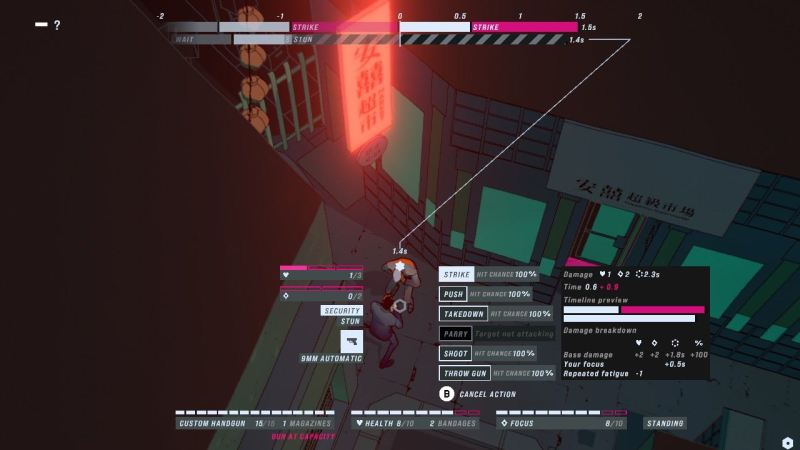 For a strategy game of this type, the user interface is quite clean and clear. At a glance you can see the type of weapon you have, the amount of ammunition you have, your health and your target rod. Some operations require intense concentration, so you should have enough points to perform these maneuvers. Although everything is clean and easy to read, there is a lot on the screen in the fighting, and sometimes it can seem a bit messy.

The game as a whole can be fun once you get used to the specific gameplay. As a fan of board games I can say that they share some characteristics of classic turn-based games. It can be good or bad, depending on your taste in games. As a John Wick game, we wanted more action and speed – a little more like Bayonetta. The gameplay is a bit risky for such a franchise, but not bad if you like brain games. 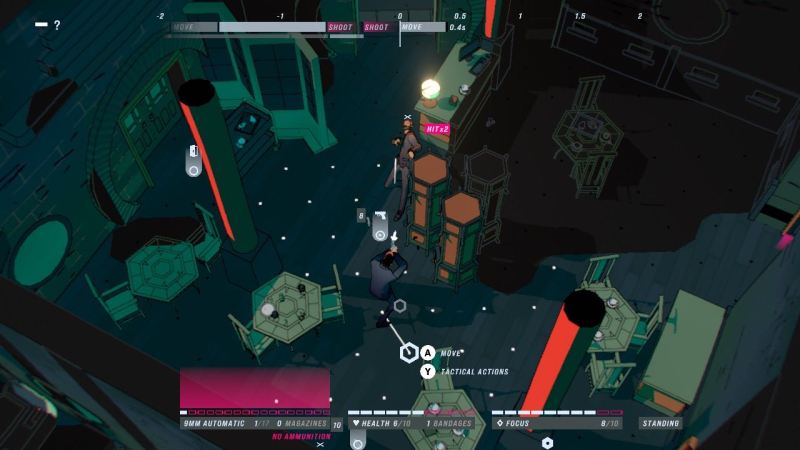 As mentioned earlier, the graphics are in a visual style romanticized with low polygons, and not everything is fantastic. The animation is often slow, and the places are rather boring and forgetful. On the audio side there is a pretty good soundtrack with some familiar voices from the movies, although Keanu Reeves is noticeably absent.

At the end of the day I can only be very disappointed with John Vic Hex, a game that, with the right team and the right budget, could have been so much more. The gameplay in strategy style is at odds with what makes the films so entertaining. That said, tactical games like this can still be fun, but again, the game stumbles a little when the enemies suddenly come out of the shadows, making strategic decisions is almost impossible because of the uncertainty. If you like strategy games and you’re passionate about movies, then you should definitely get this game. If you just want to get high and shoot a bunch of enemies, you need to stay away from this game.

John Vic Hex had great potential to become one of the best action games of all time, but the developers chose a strategy game. With crumpled animations, boring graphics and mediocre gameplay, there’s not much here for those looking for a game based on the hit movies. Fans of hardcore strategy games will like it, but everyone else should probably ignore it. 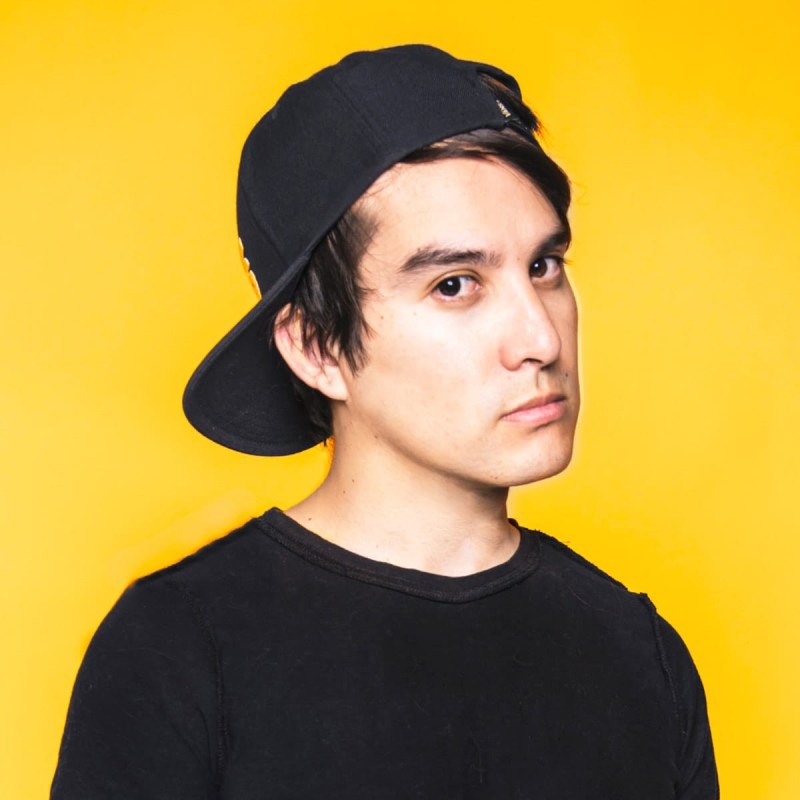 Pancho is a fan of video games and geek culture, podcasters and old school gamers ready to go back to the 90s and stay there forever!